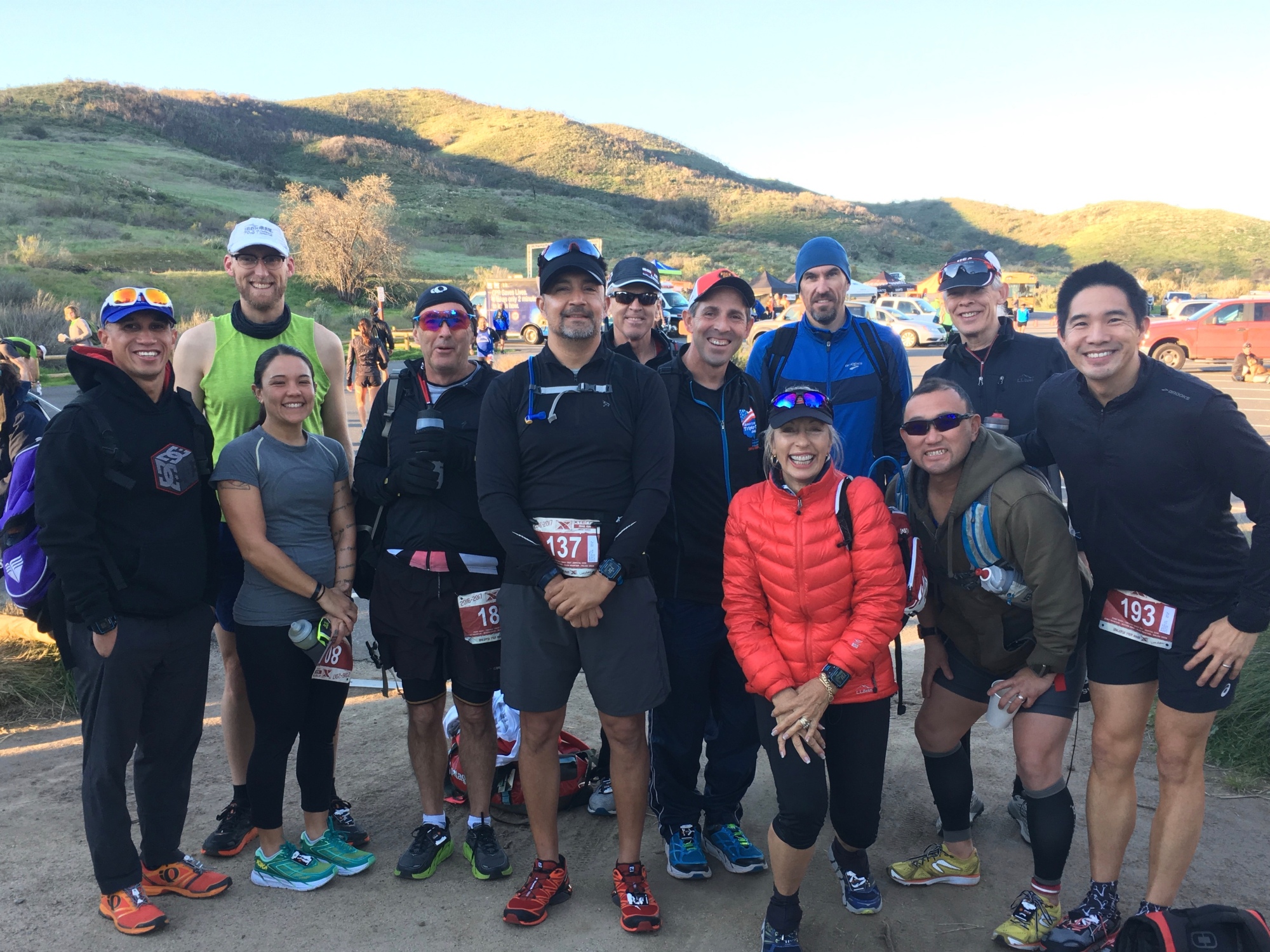 Sunny, but super strong winds. Pretty much blown off the mountain all day long. This race was postponed earlier this year due to the heavy rains. So, it was definitely not raining, but hurricane force winds. Details below group pictures.

I hopped in Lynda’s van early in the morning. She took about 11 PTC racers. We met more PTC at the site. Packet pick up is at a shopping center in Newbury Park. Then, there’s a short bus ride to Point Magu State Park. The race is great, by which I mean, very picturesque but torture run. More than half is on fire roads, there are single track sections, climbing over tree sections, jumping over water sections. And limited support area. I had my camelback so that worked out fine.

The race starts with a steep descent down a canyon, then rollers along the creek bed, then steep climb along switchbacks. Bob passed me on the first climb. I found Joel on the first crest. The aid stations were few and far between. I had a GI need at mile 4.5 and it had to wait until mile 6. Not good and not enough TP. The long climb up Boney Mountain Trail was very very winds. There were points, my eyes were dusty and it felt like I was getting blown off the side of the mountain. The wind was howling loud in your ears. The descents were steep and rutted out. I was expecting deeper ruts with all the recent rains, but it looked about the same as last year. The final mile was such a strong wind, you could lean into it and not go anywhere.

Back at the Van, Lynda had donuts and beer. Then, we went for a breakfast stop and rode back through the valley traffic. Fun Times. 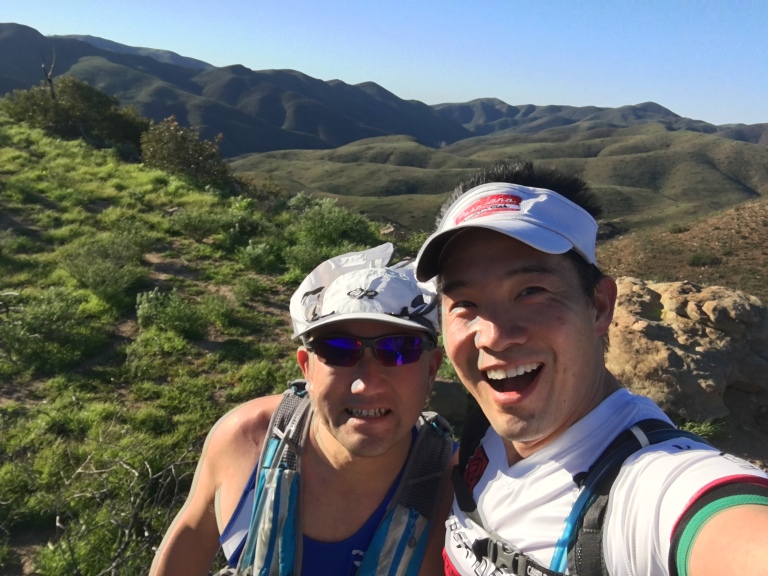 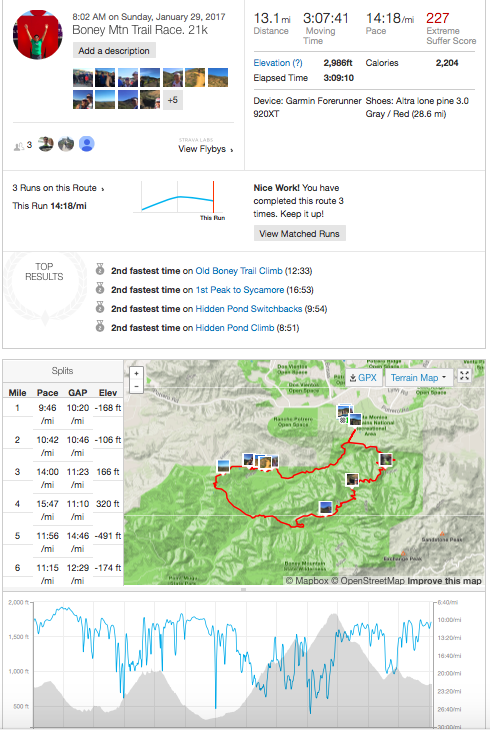 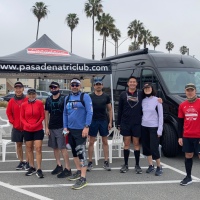