I met up with my friends at Malibu’s Zuma Beach for an open water swim. There were lots of surfers out this morning. The waves were moderate 3ft. When we went out, we timed the waves and didn’t get slammed. Todd led the group again. His family joined him for a beach day. They watched our stuff while we swam about 0.8 miles. It was slightly overcast, but the sun broke through as we were finishing up. New member Yo showed up as we made it regrouped past the breakers. We waited for him and then took off southbound. I had my new Xterra buoy. There are bright orange floaties that are easy for everyone to spot. Rudy tried his skinsuit instead of a set suit and found it an enlightening but cold experience.  This was a great race prep for Nautica Triathlon later in September which takes place here at Zuma Beach. 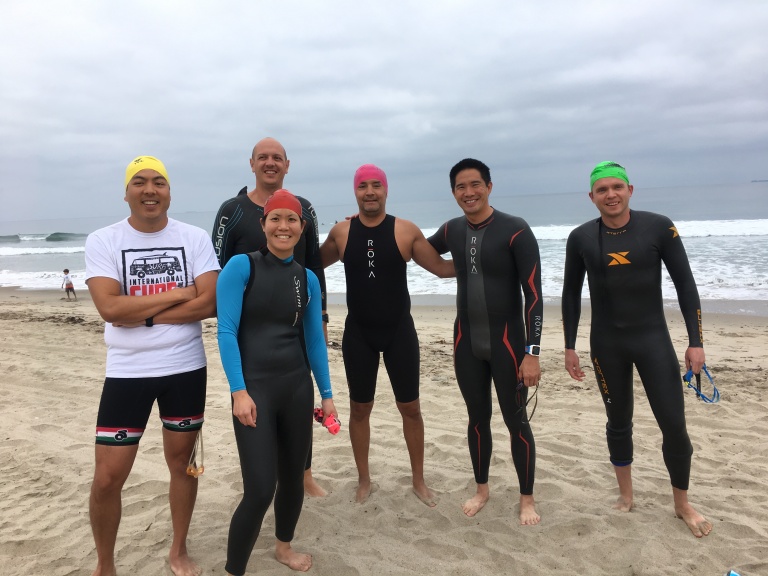 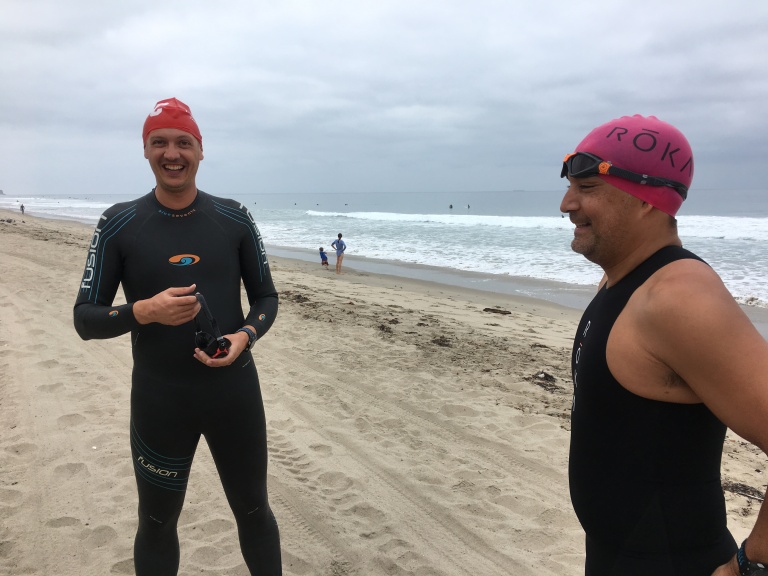 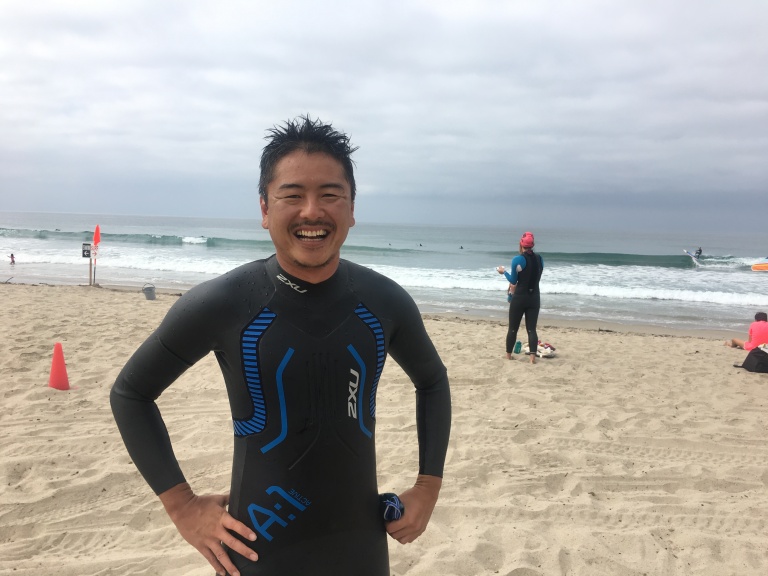 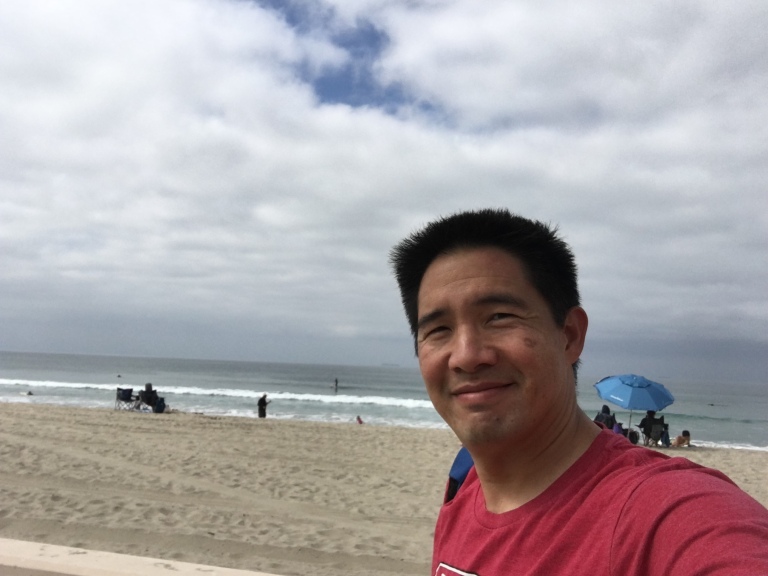