I finished my first solo marathon today. Wahoo. The weather was fairly good, not too hot, cool breezes eventually. The course is amazing. I’ll walk you through it in a bit, and it’s totally worth it. This race had everything. Elvis, Michael Jackson, Flamingos.

We had 12 runners in the PTC van this morning. After early pick up at 5am in Eagle Rock, Yuri dropped us off at Dodger stadium at about 5:30am. That went super fast and smooth. Thanks, Yuri!

The line up is a little crazy at the start, with 24,000 racers. The front corrals are reserved and the open corrals are after them. It took a long time to cross the starting line, about 7am. We ran around Dodger Stadium, then down to Chinatown, LA City Hall, and J-town (Japan-town) and by the Walt Disney Concert Hall (by Frank Gehry). Then, we went up the hills to Sunset Strip in Hollywood. It was pretty warm along the Strip but we got a cool breeze as we descended onto Hollywood Blvd. I got a picture with a Michael Jackson impersonator, who was doing an awesome lip sync to Bad. I took another shot at Grauman’s Chinese Theater. It was rollers through most of town. West Hollywood had lots of cheering fans. We ran down Rodeo Drive in Beverly Hills, and out Olympic and Santa Monica Blvd. through Century City and into Westwood. I saw the Flamingo here. My knee and ankle were getting tweaky by mile 18, so I walked a bit. I was able to restart but not at a full pace. The last stretch through Brentwood was pretty that’s where I got passed by 4 Elvises. Not until the final last two miles was there an actual downhill. The finish line freakily quiet, they moved all the spectators to the outside for security reasons, behind 6′ high blacked out fences. I was super happy to finish and it hurt, but not nearly as bad as Ironman.

I picked up my gear check bag and made my way out to the real world and it was nuts. Completely gridlock on the streets and tens of thousands of people roaming around. I heard that an Uber ride back to Dodger stadium was at least $150. I met my friends at the beer garden and then made our way to 4th street. Yuri had the van perfectly timed to head straight at us and we hopped in the van at a red light. Traffic was bad all the way home, but we had fun swapping stories about our runs. 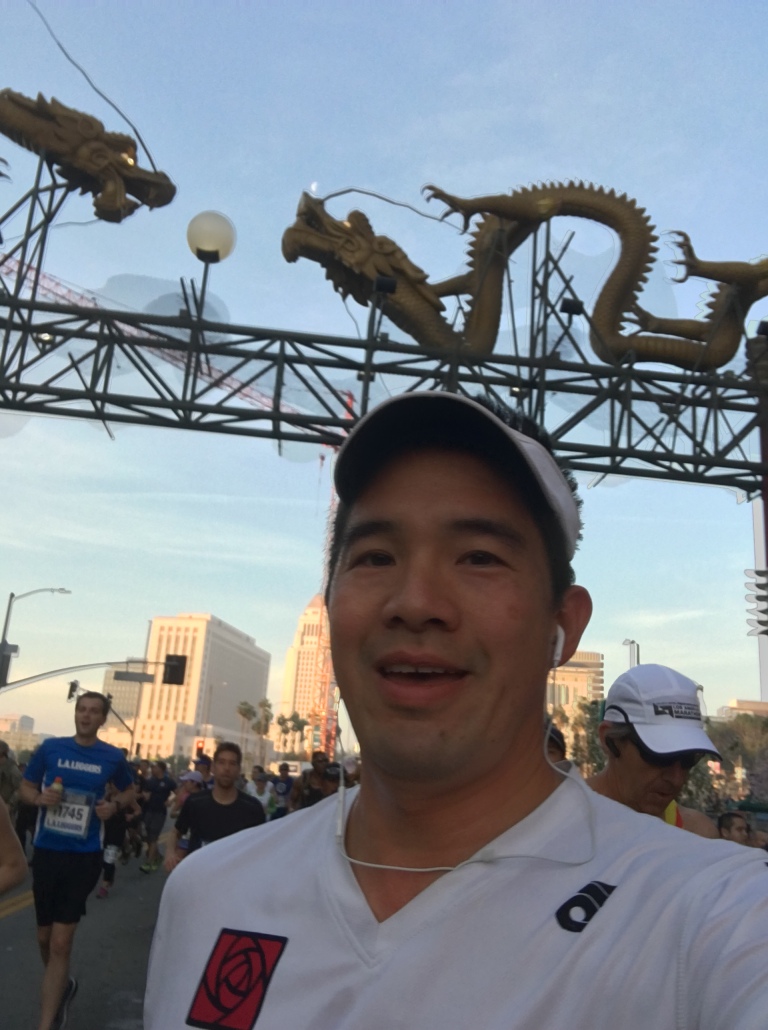 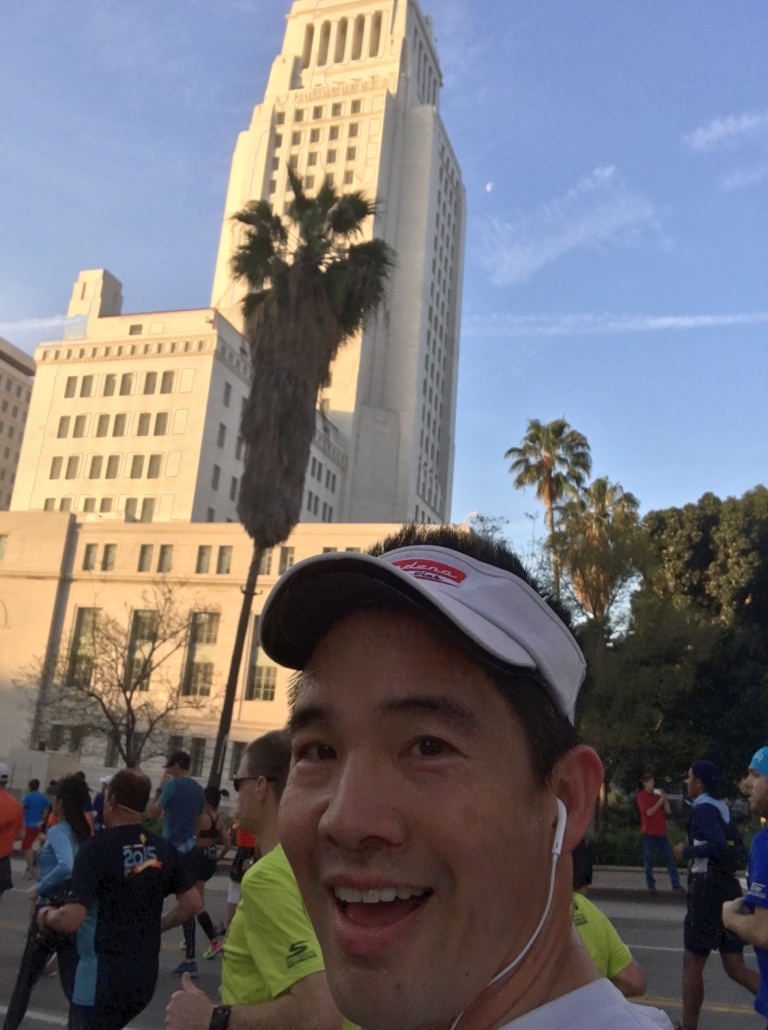 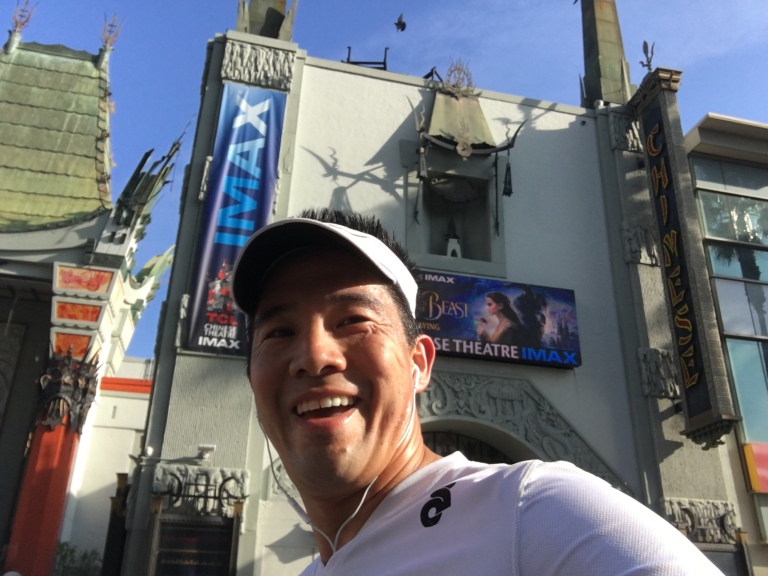 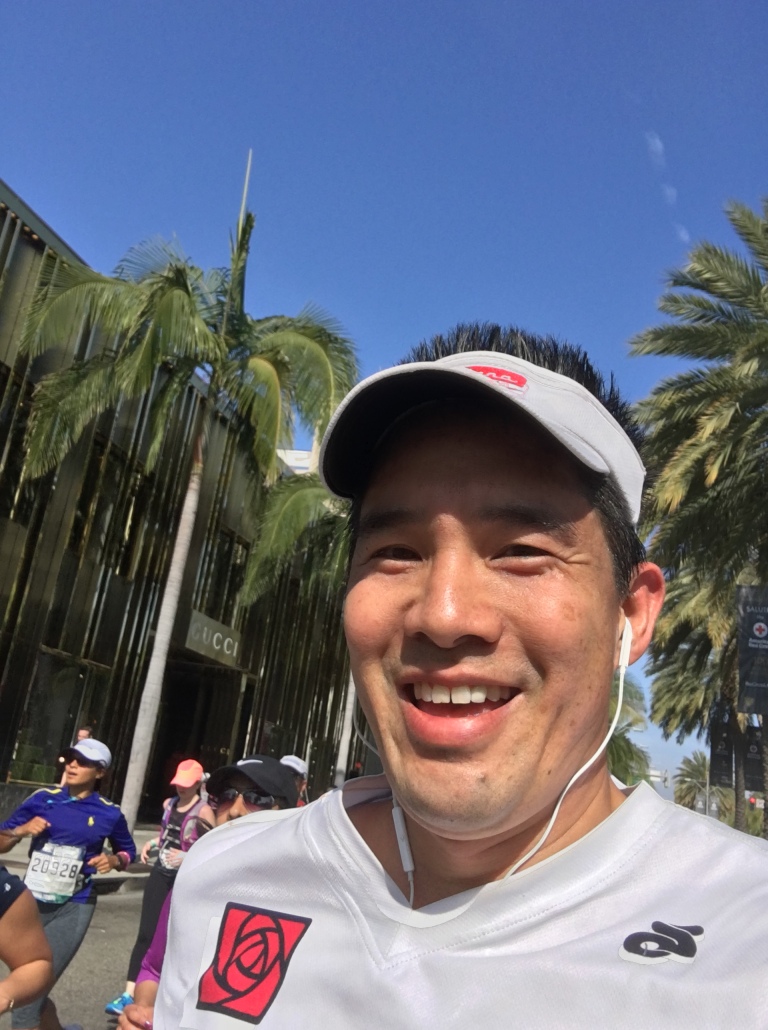 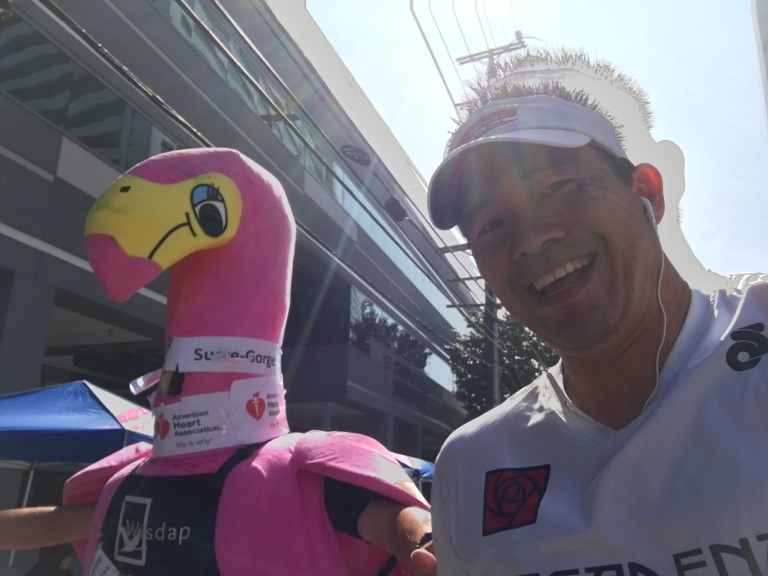 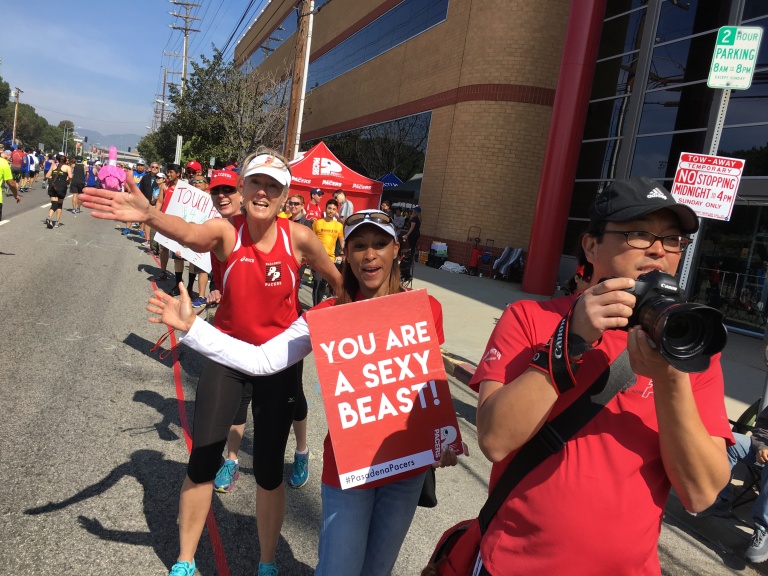 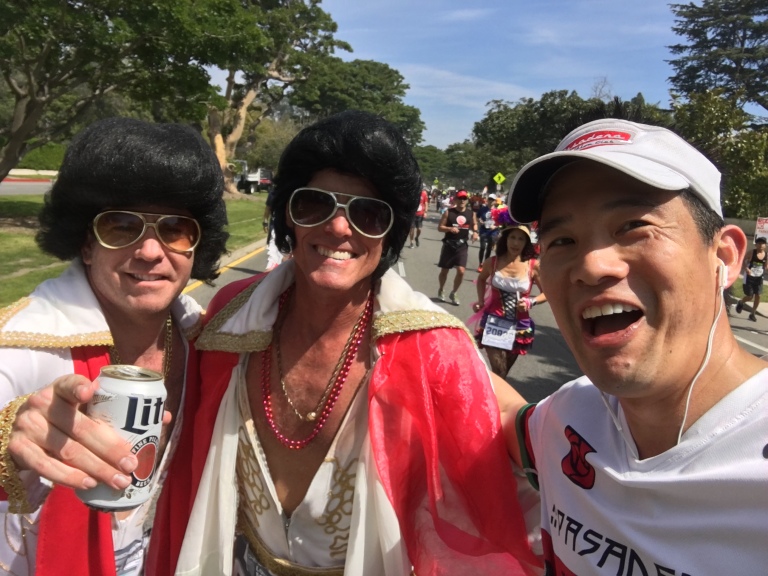 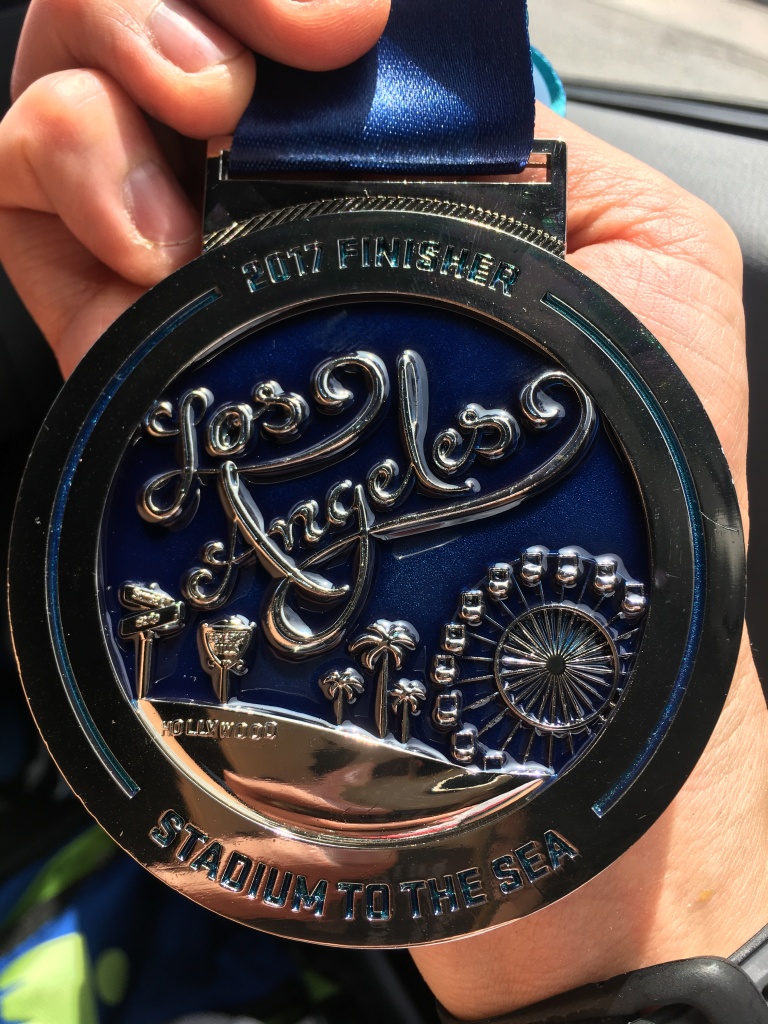 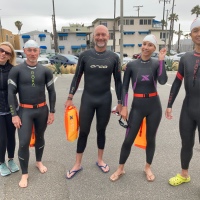