There were a bunch of stories from today’s ride to Long Beach. I’ll tell a couple stories I heard, but please feel free to chime in with other sides of the story.

My story: I woke up late and then got stuck on the freeway in a traffic break. I was late by 30 minutes. So, I drove over to Arcadia Golf to meet the Club. But, got there late too. I hopped on my tri-bike and made my way down the Rio Hondo Trail. At the first dam, I caught up to Scott. He had broken a rear spoke and tweaked his rear rim. We wrapped it up and removed one brake pad and he set off for home. He said I had just missed the group a few ago. So, headed down again. I ran into a random rider needing help with a flat. I fixed his flat, and set off again. At end of the LA River Trail in Long Beach, I crossed George, Rob, Sven, Peter headed back up to Sierra Madre. I got to Starbucks and met GT and James. A few minutes later, Leanne, Julie, Tiff, and Amy pulled up. Then, a few more minutes later, Steve, Paulo, and Evan pulled up. I was happy to have caught up to the Club. I was equally surprised to have beat the B group, without ever seeing them. Apparently, on the way down, Steve and crew took the first bridge across, instead of the second. The crew went on a wild ride through sketchy towns, railroad tracks, and through hole in fences! Boy, Lynda goes on vacation one day, and the club goes wild. The return trip home was hot and hotter. My Garmin read 98F. 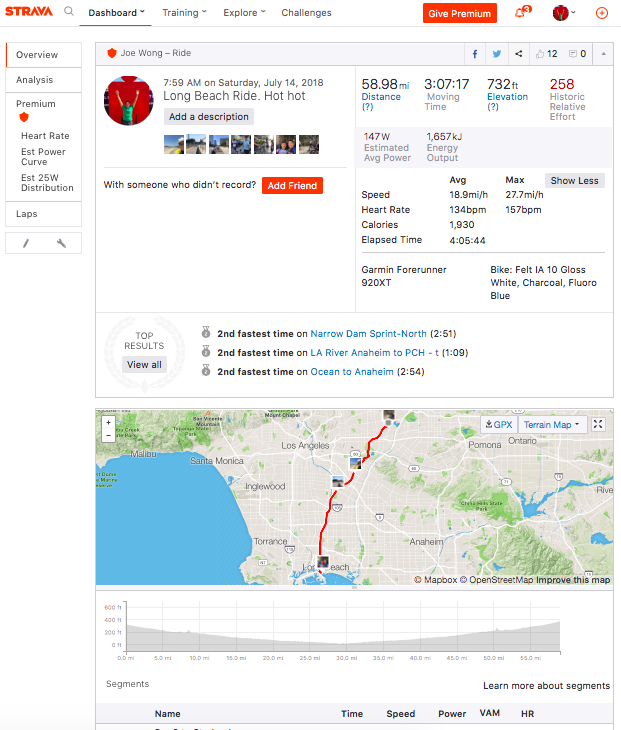 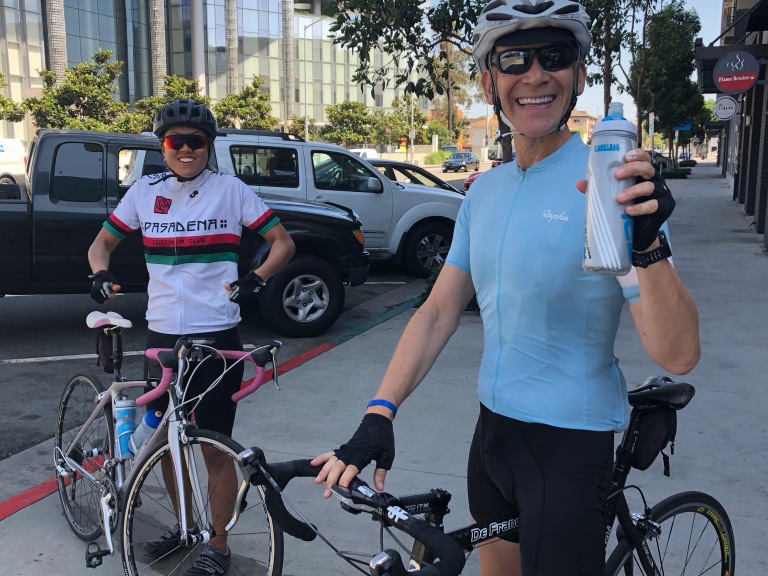 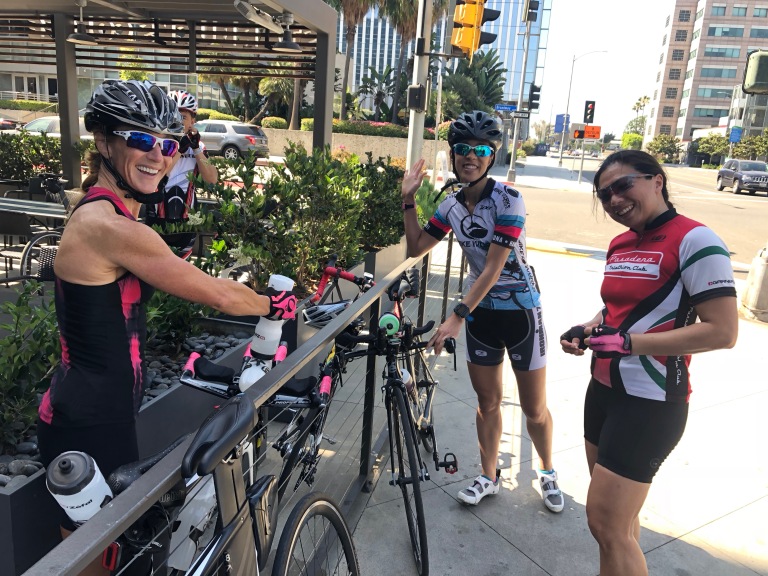 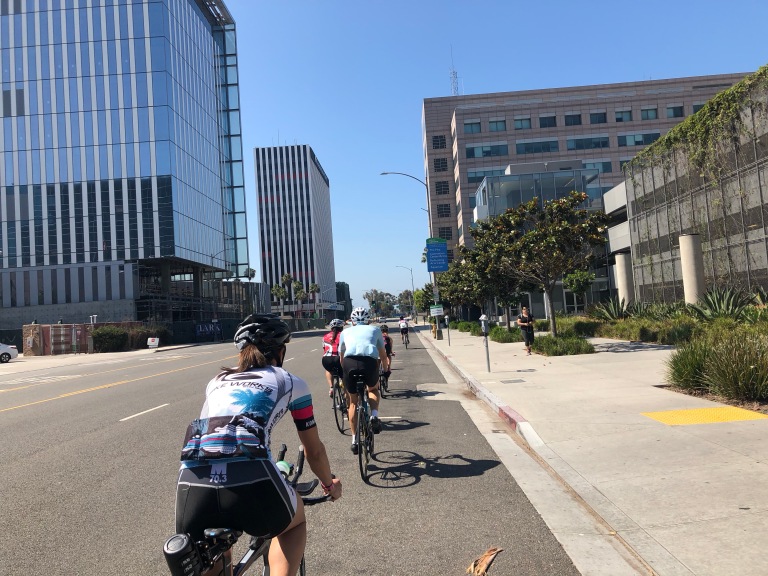 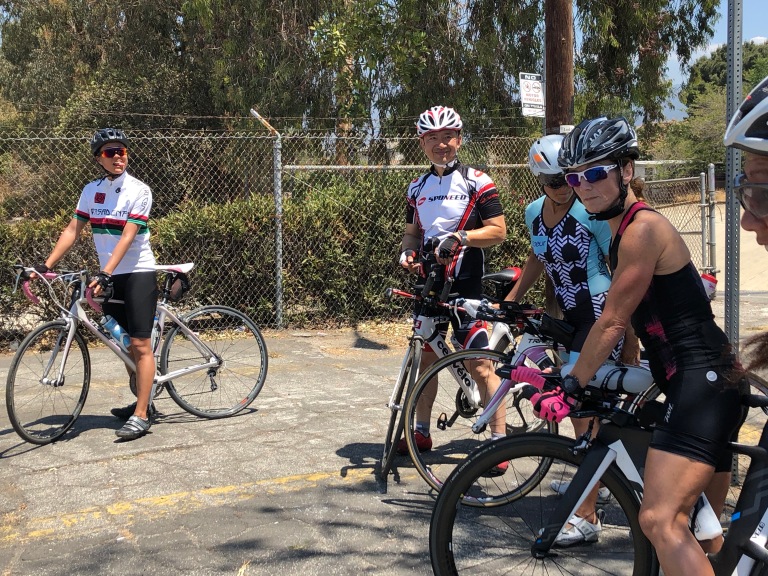 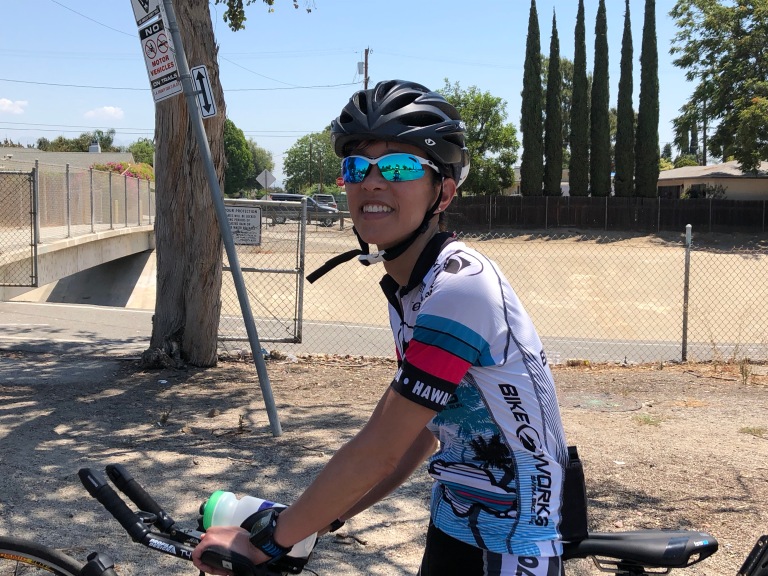