We saw Phantom of the Opera at the Pantages Theater. It was awesome again. This was the kids’ first time seeing it. It was our ~3rd time. It has everything. Beautiful sweeping music, lovely romantic duet, dramatic costumes, impressive staging and lighting, great actors, luxuriant costumes. It was terrific.  I hope I didn’t bother anyone with my singing along. Friends invited us with a Groupon and we jumped at the opportunity. Phantom came out originally on Broadway in 1987 during high school. I saw it for the first time in LA a couple years later at the Ahmanson, DTLA, when I was a student at UCLA. It was the first big broadway production that I had seen. Before that it was little productions in Glendale at the Center Theater. Breath taking then; breath taking now.

The Pantages Theater is in Hollywood, on Hollywood Blvd, with the walk of stars passing right in front of it. There’s been a lot of buildings upgrading near by. The interior Art Deco details in the lobby and main theater are exquisite. Fun to just walk around. 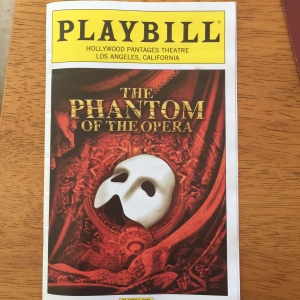 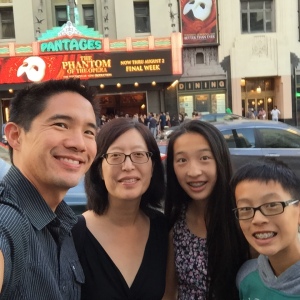 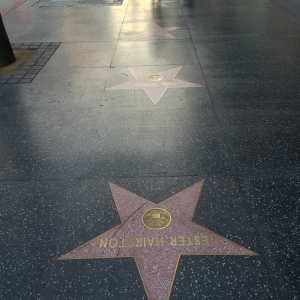 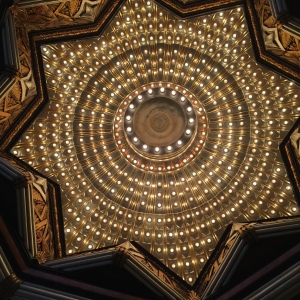 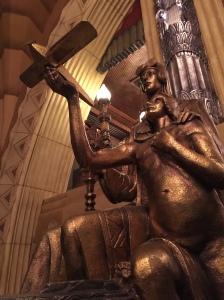 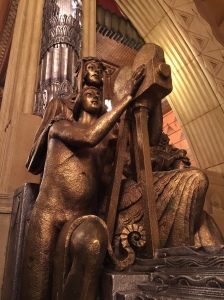 Capital Record building across the street.