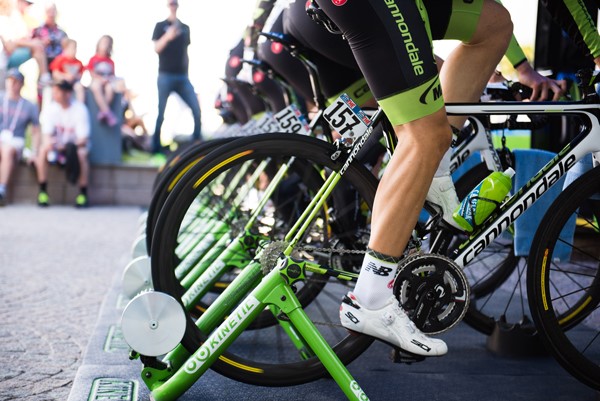 All the participants have completed the Functional Threshold Power (FTP) test. Now, we’re picking teams. The Draft is later this evening. I feel like that awkward kid on the playground again. Will I be the last one to be picked? Wouldn’t be the first time. The competition is pretty fierce, so the rule book will be tightly enforced. Here’s the update from Bill.

Folks:
All the results from qualifications are in! They are posted on the Google Docs spreadsheet (the Tour spreadsheet), and it looks like the bragging rights race has begun. Thank you all for showing up and putting in such a good effort! It looks like we will have some really competitive racing. Speaking of which:

Teams will be selected by our two team managers in a draft to occur Monday night at 6pm. The managers and I will be present at the House of the Rock, and the draft will be “broadcast” via conference call and by live updates to the Tour spreadsheet. All participants should plan to call in to this conference call, to make sure your schedule will work and to express any concerns or questions. The number you should call in on to participate on the call is [omitted], and your participant code is [omitted]. Since we’ll have 30+ people on this call, please put your phone on mute unless you are originating or responding to a question, so that we don’t get overwhelmed by accumulated background noise. Team selections will be posted to the Tour spreadsheet in real time, so you can all see how each team is shaping up.

The draft will start with a coin flip to determine which team will pick first. That team’s manager will pick one rider, followed by the other team’s manager picking two riders, and the managers will then alternate picks until all available riders have been selected by a team. Managers will be allowed a reasonable, but not excessive, amount of time to make each pick. Riders will be selected by the team managers using such criteria as absolute power, (watts), watts per kilo, competitive spirit, team composition (you don’t want all climbers, for example), availability, dependability, experience, team chemistry, and anything else they, in their sole wisdom, deem appropriate.

I was hoping to have a separate night for the ladies this year, but we don’t have quite enough ladies to make that happen. So, each team will be composed of an “A” group, a “B” group, a “C” group and alternates. All riders will be selected (or assigned) to one team or another and may not ride for the opposing team. The “A” groups will race each other one night each week; the “B” groups will race a different night; and the “C” groups will race on yet a different night. The available nights are Tuesday, Wednesday and Thursday, and each group race must be held on the same night and time each week. For example, the “B”s will always go on Tuesday at 6pm; the “A”s will always go on Wednesday at 6:30pm; and the “C”s will always go on Thursday at 6pm. The actual schedule for each group will be agreed upon by the team managers during draft night, and the availability for riders on any given night will be a factor in group selection.
Each team must use at least two women sometime during each week’s racing. Thus, they should pick at least three women; two to race and one as an alternate.
Each manager may compose his “A”, “B” and “C” group any way he wants. Riders from a lower group may move up to a higher group to fill in for a missing rider. Riders from a higher group may NOT move down to a lower group. Alternates can move up into any group to fill in for missing riders (that’s their purpose). Riders may not race more than once each week, unless approved in advance by the race officials. Of course, there are other rules which govern rider absences and how times will be assigned and penalties could be assigned to absent riders; the purpose of these rules being to discourage excessive absences. A manager may choose to not assign all his strongest riders to his “A” group, and so on, depending on what he perceives will be the best competitive strategy.
Team scoring will be cumulative from all race groups. So, each team’s total time for the week will be the sum of all the times from each of its “A”, “B” and “C” groups. Times will be posted on the Tour spreadsheet shortly after each night’s racing so all can keep an eye on how things are going.
Racing will commence on Tuesday November 17th (the night following the draft) and will continue per the schedule shown in the Tour spreadsheet and in previously released emails.

Most of the rules were already posted in an earlier email, and there were a few additions above. In addition to these rules:
Triathlon (time trial) bikes will be allowed in all stages and will be granted a small drag reduction (specific amount to be announced, but it will probably be in the area of 5-6%) for all stages except the TTT. HOWEVER, if a rider wishes to avail him/herself of the drag reduction, they must stay in the aerobars at all times, except for a reasonable number of short breaks of 15 seconds or less to eat and drink, and at any time when they are travelling at less than 13 mph. Infractions or abuse of this rule will be enforced as follows (per stage): 1st violation = warning; 2nd violation = 15 second penalty to be served by coming to a complete stop for at least 15 seconds; 3rd violation = 30 seconds stopped; etc. Members of the opposing team are encouraged to “rat out” anyone they see violating the spirit or letter of this rule.
Bonus seconds will be awarded for 1st through 3rd placing on each race stage. The awards will be as follows: 1st place = 20 bonus seconds; 2nd place = 10 bonus seconds; 3rd place = 5 bonus seconds. Ties for position will be resolved by splitting the bonus seconds for the tied positions equally between the tied racers.
Bonus seconds will also be awarded for KOM placings, with the specific awards to be announced for each stage when that stage route is released.

That’s about it for now. I’m sure questions and issues will arise. Questions can be asked during the conference call, after the draft is completed. Other issues can be resolved by the officials as they see fit. Rules can be amended from time to time if it seems that the rule is not working out properly. We are still accepting volunteers who wish to be officials.
Other than that HAPPY RACING!
Bill