The Club took advantage of a low traffic morning on the 4th of July, and rode out to Santa Monica, through the Valley and over the Sepulveda pass. We started off in Eagle Rock Starbucks and rolled through Glendale, Burbank, Studio City, and Sherman Oaks along Riverside Drive. Passed by Disney and ABC, and Warner Brothers Studios. We regrouped at Whole Foods at the bottom of Sepulveda. The climb is about 5% – 6%. There’s a tunnel at the top. Passed by Skirball Center and Getty Center. The descent along the 405 is super fast with monstrous pot holes. Look Out. Gregg had a flat in the flatter section. We cut through the VA campus in Westwood and took San Vicente to Santa Monica Beach. GT, Lynda, Bob and I had flashbacks on San Vicente from LA Marathon course. We took a break on the bluff above the beach. Sunny and beautiful. We headed back along the same route. We regrouped at a gas station before climbing over the Sepulveda Pass again. While riding through the crappy roads in Sherman Oaks, GT took a spill and took out Todd with him. With some road rash for GT and a bent derailleur for his bike, he and his bike took an Uber back to Eagle Rock. Thankfully, he was up and laughing it off quickly. Todd was able to get one good front and rear ring and ride the flats back with us. Well done. It was warming up a lot all through the Valley. When we stopped for red lights, we felt the 90F+ truly. Gregg missed out on the promised group hug for GT back at Starbucks. So, we just took a selfie. 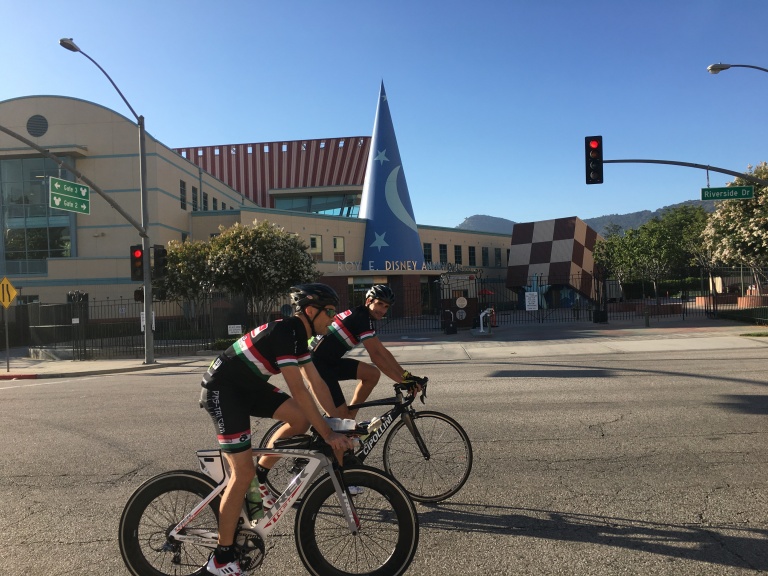 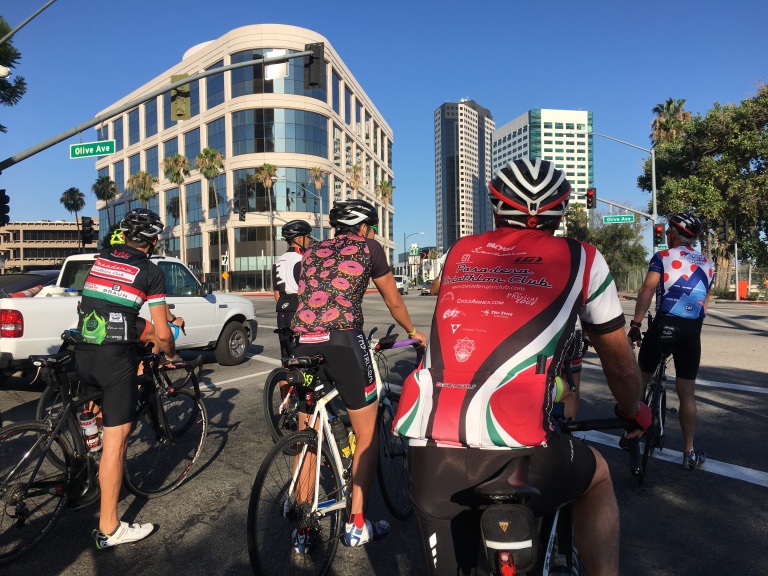 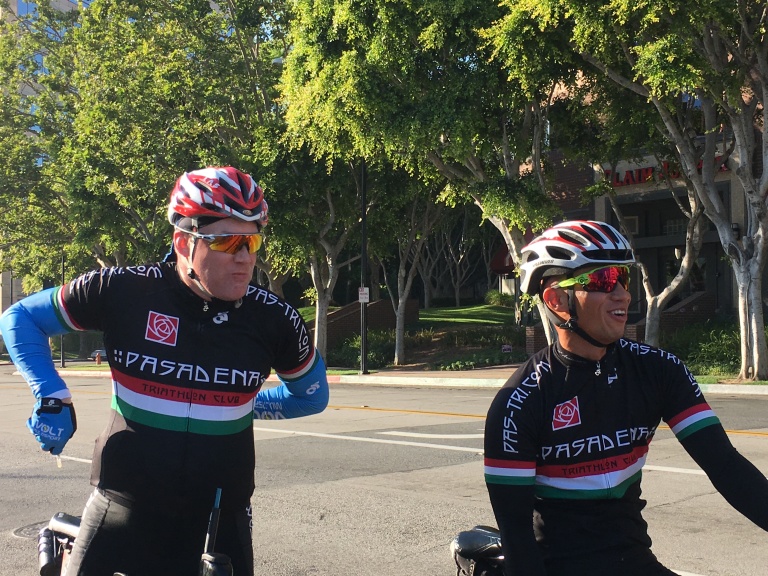 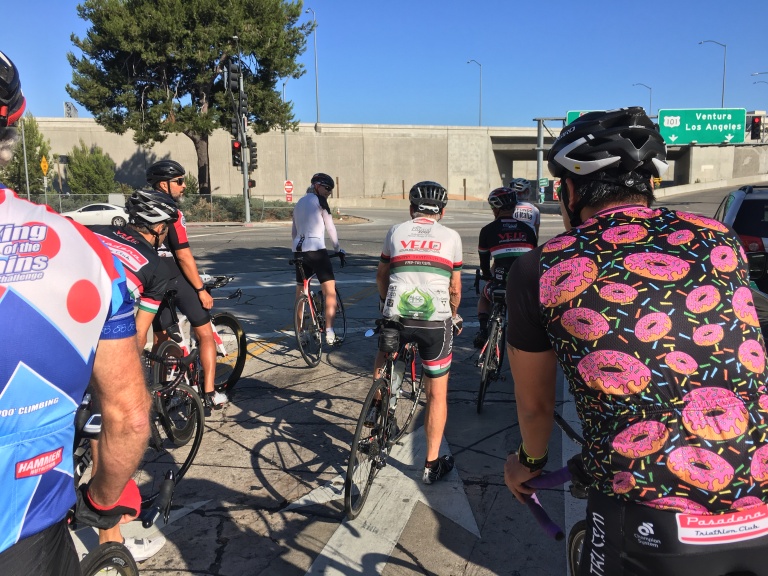 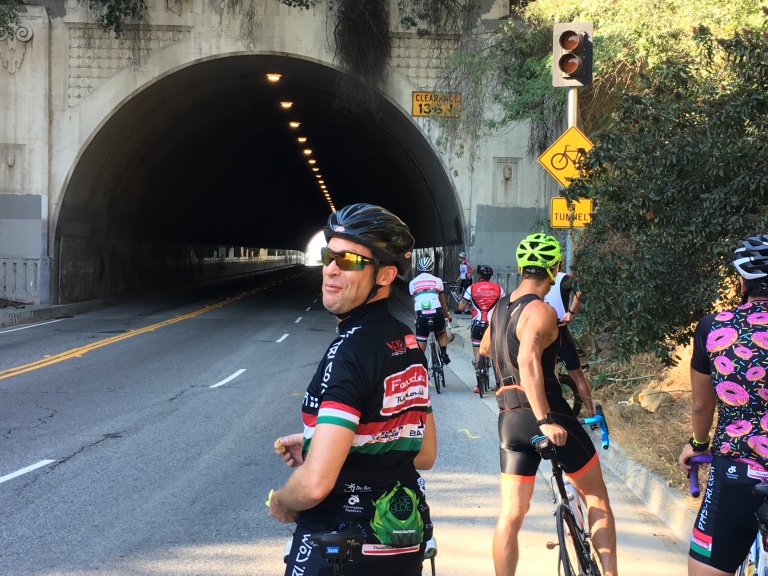 Getty Center on a hill above Brentwood 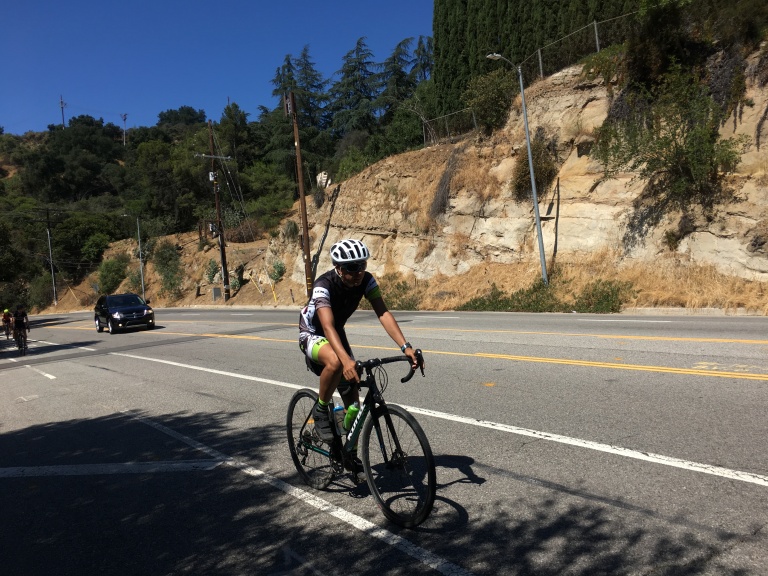 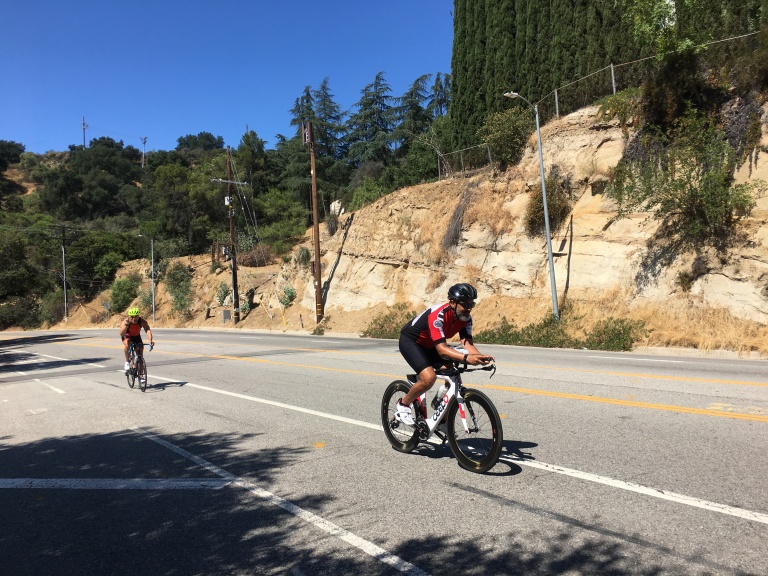 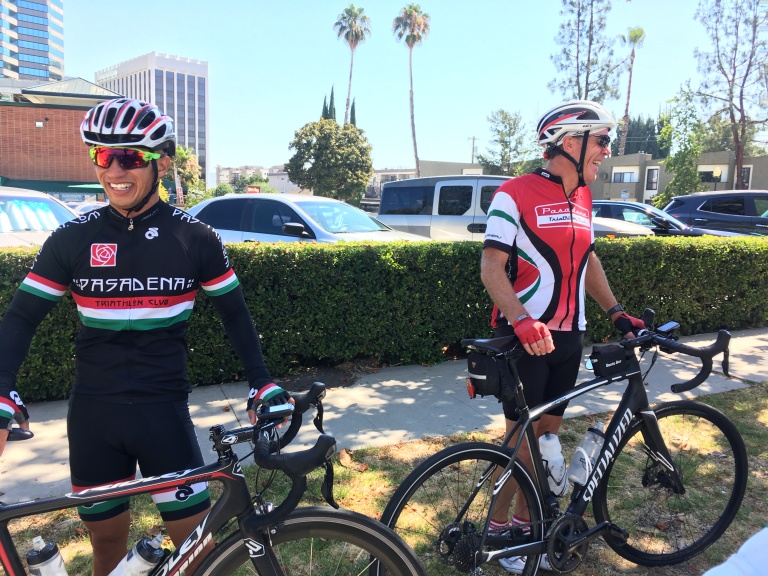 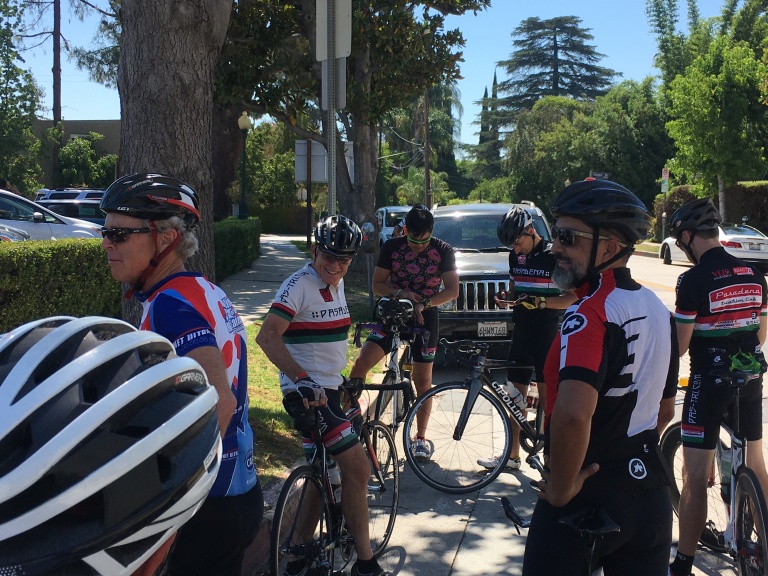 Todd, getting one good gear. 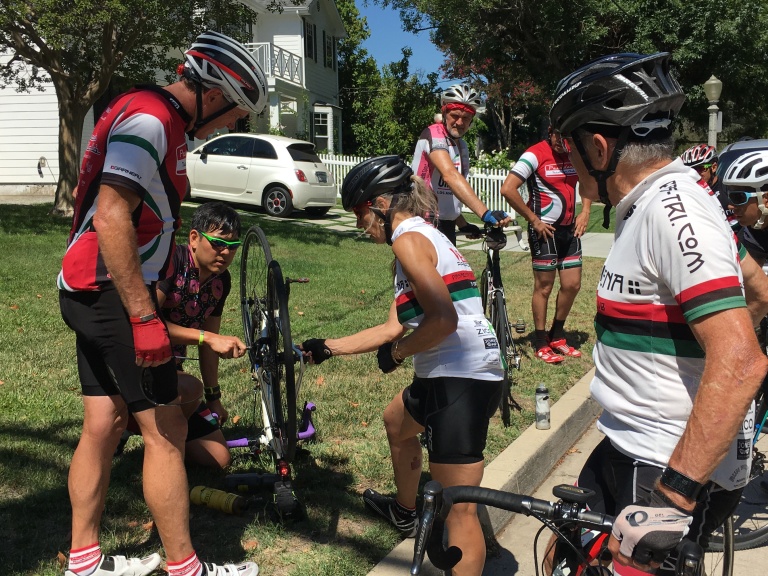 Gregg’s promised group hug at Starbucks back at Eagle Rock. 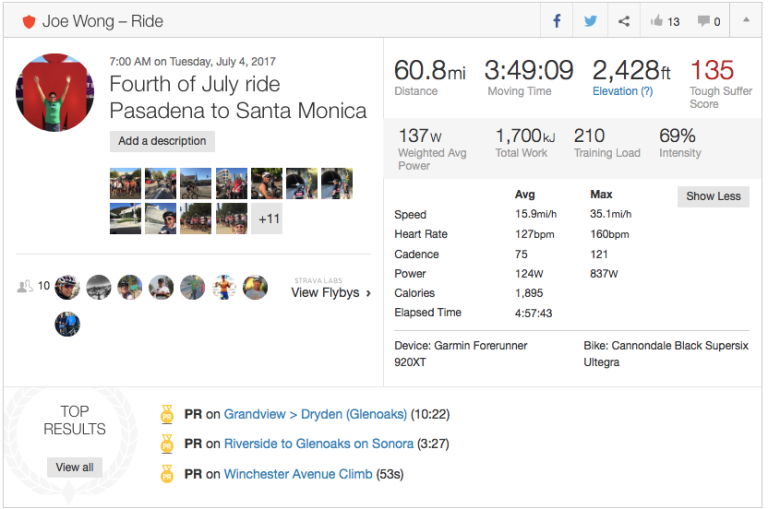 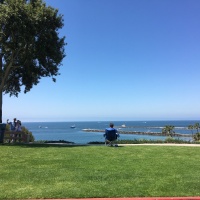