I borrowed a Wahoo Kickr Smart Trainer from a friend and transformed the spare bedroom into my Pain Cave. And, it’s terrific. I love it. 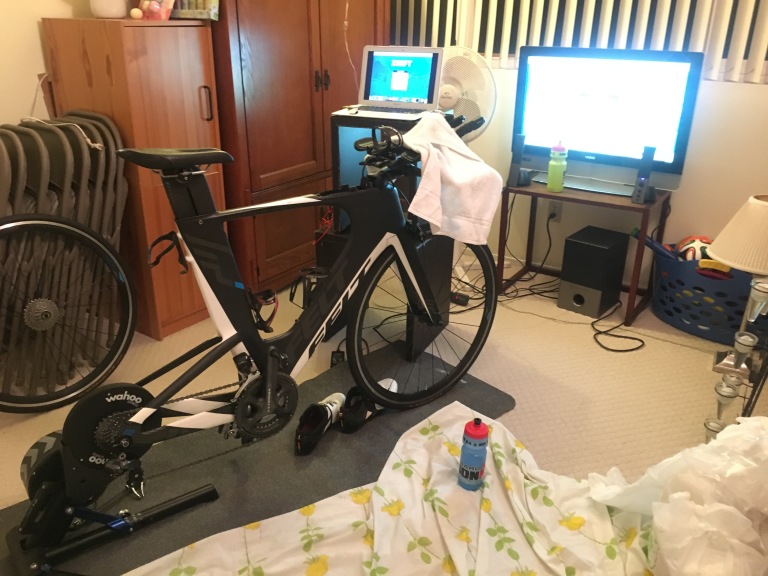 DC Rainmaker has a great Wahoo Kickr review here. The trainer is boring by itself, where it becomes phenomenal is when it connects to Zwift.com. Zwift is a virtual reality world for cyclist. You can ride with friends or rando’s from all over the world. Zwift has simulated real world terrain: London and Richmond, VA (World Championship course). They have virtual worlds Watopia. You can ride the beaches, the cities, the countryside and even through the underwater tubes. Zwift kicks all it’s data up to Strava.com seamlessly. So, even though it’s virtual it still counts on Strava!

So, I got most of the main components up and running in my spare bedroom, downstairs.  Here’s my setup so far. 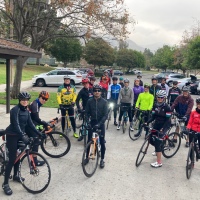